Exploits while working in Lyon, and beyond…

My 2017 is off to a great start, but as usual, I have some housekeeping to do on the ol’ blog front. November and December were filled mostly with work, the usual extracurriculars, and a fair smattering of social events here and there. As per tradition, I shall elaborate on some of the more momentous highlights:

As regular readers of the blog will remember, I am currently teaching an Irish dance class, an arrangement which came about, long story short, via one of my own teachers from NZ who comes to Lyon and does a few workshops a year for this school. In mid November she was back for a weekend and I got to participate in the workshop. Of course it was great to catch up with Aislinn, but I really enjoyed being part of the workshop too. It was several years since I’d done anything like that and I loved being back in the headspace of having to learn new steps,  as well as doing ceili dances with a big group. On the Saturday evening we all went out to creperie which culminated in a wee performance featuring a very enthusiastic volunteer from the rowdy group of badminton players who’d been ribbing us all night. The crowd went wild, and it exploded on facebook with a lot of ‘I’ll scratch your back you scratch mine’ cross-promo going on amongst all the various parties. Nonetheless it was a great night, and certainly left me feeling very nostalgic for the old dancing days in NZ.

The following weekend marked a very important event for the culinary calendar: Thanksgiving! This was hosted by my friend David who brought together a wonderful group of people who provided both top notch conversation and an excellent spread of food. Unfortunately, this happened to fall the exact same day as the only other event on my agenda for the month: the All Blacks vs France rugby match. Now I’m no diehard rugby fan, but this was literally the one event of the year where I could make the most of being a Kiwi in France. Cue dilemma. Luckily the two were more or less doable; I was sad to ditch Thanksgiving early (and miss dessert!) but pleased to fulfil my patriotic duty. It was a great game too, which made it worthwhile.

Early December saw the return of THE biggest event on Lyon’s calendar: la Fête des Lumières, or festival of lights. This event is held every year for four nights around the 8th of December, which is the traditional day that Lyonnais put candles on their windowsills to thank the Virgin Mary for saving them from the plague (full story here). This has evolved into a full-blown light projection spectacle which typically sees 3-4 million visitors descend on the city. Last year it was cancelled due to security concerns following the terrorist attacks in Paris, and this year it was on a somewhat reduced scale, limited to only the centre of town rather than all corners of the greater city. However, as far as I was concerned it still had the exact same vibe, and while in that part of town it didn’t feel like it was anything less than its former self.

This retrospective video gives the best idea of the atmosphere:

My first Christmas came mid-month, when I celebrated it with my flatmates before two of them left for the holidays. Being a typically French affair, we didn’t start eating till around 9, and the degustation didn’t wrap up much before 2am. On the menu were escargot, smoked salmon and foie gras (French staples); roast beef, potatoes and beans (a compromise) and of course pavlova (my takeover). The latter proved rather challenging as I only had a whisk to work with, so unsurprisingly turned out as an actual pavlova pancake. However, it miraculously still had a contrast between the crunchy outside and chewy inside, and I smothered it in berries, so all was not lost. 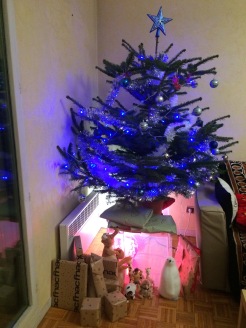 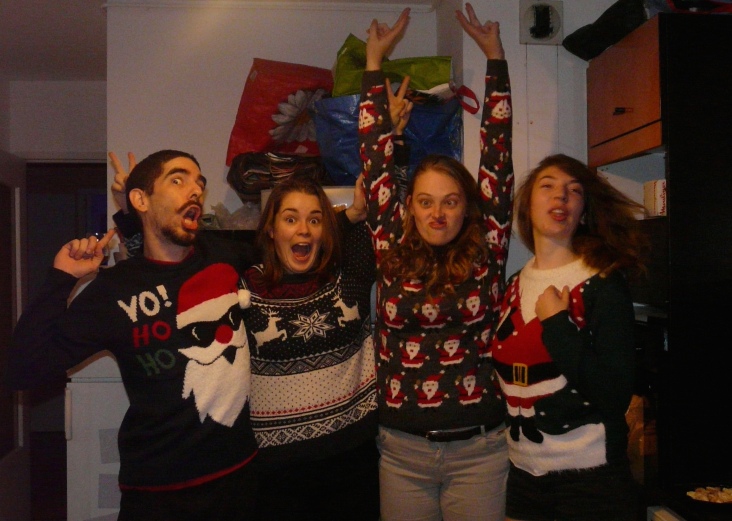 We punctuated each course with a round of presents, and everyone got a really good haul. I think we have just got to know each other that much better than when we exchanged gifts for birthdays in October, so they were all really thoughtful. The most significant present by far though was the 1000 piece puzzle of Lyon that I got, which took over my life for the following week. I wish I had properly timed how many hours I spent on it because it was A LOT. The worst part was a had a looming deadline hanging over my head as I needed to clear the table for lunch on Christmas Day. I ended up finishing it at 1:30am on Christmas morning and, not wanting to see all that hard work to waste, later framed it and hung it in the lounge for everyone to appreciate.

Christmas round two came on the 23rd of Dec when David and I went to an event that purported to be some kind of Christmas jumper clubbing night. It was a little disappointing on this front, as we were the only ones in xmas jumpers, and the atmosphere was a bit dead to start with. However, the €2 present exchange proved to be a great icebreaker, and after that the party really started and we had a great night. It was held at Le Lavoir Public, an old public laundry which is now an entertainment venue but still all kitted out in the basins, taps etc. Definitely a novel venue. It was such as simple evening but proved to have quite the legacy due to a certain song we requested that proved to be quite prophetic, as well as the gift exchange which proved inspirational for a subsequent party (more on that next edition). 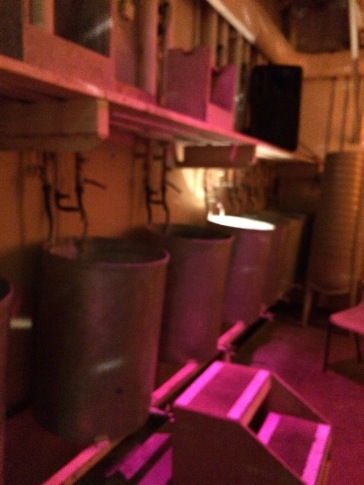 Lastly, it was time for actual Christmas, which was a simple yet successful affair. I hosted three friends and cooked a turkey for the first time, which was a success, so I was very happy with myself. Learning from the previous ordeal I enlisted my Aussie friend Kelly to help with the hard labour of manually beating the pavlova and miraculously it turned out perfectly! I think I just got very, very lucky with the oven as I have never seen a pavlova with a ‘roof’ like that before that hasn’t caved in. It tasted like sweet, sweet victory. Kelly had another victory,  having found Christmas crackers in an obscure Scandinavian homewares store. We all duly wore the hats around the table and spent several hours playing celebrity heads. It was such a simple detail but really did make it feel just like home. The pièce de résistance of the day though was Kelly’s ode to a cult classic: a statue of little baby cheeses. I think the others thought we were slightly insane but we thought this was hilaaaarious and weren’t bothered in the slightest. A Christmas spread to remember…

Between Christmas and New Year I headed to Paris for a couple of days to catch up with my long lost friend Sarah, who has featured frequently in this blog, but not since we last saw each other way back in March! Sarah is Canadian, and we met on exchange in Lyon in 2013. Last year she was working as an au pair in Paris, and is now living in Berlin. She was back in Paris for the week along with her friend Al, also from Vancouver, but now based in London. Al and I hit it off right away and I spent a wonderful two days with them (too short, as always). We spent most of the time just wandering round and enjoying each other’s company, which was perfect. However, a couple of notable things we did get up to were visiting Napoleon’s tomb at les Invalides, finally eating at the famous l’As du Falafel, and seeing the Pont Bir-Hakeim, as featured in Inception. Of course, a Louvre visit also featured, and turned into quite the quest hunting down a particular pyxis which proved MUCH more convoluted than it should have been. I also caught up with another friend Sarah and her husband Fred, who I had last seen exactly a year to the day beforehand. We had a lovely evening catching up on what had happened that year, despite the fact that they had just flown back from NZ and I had also been up since 5am. This also resulted in the closest thing I have to a ~new year’s resolution~, which I’ve already smashed, but that’s a story for the next blog post! All in all it was a short but very sweet trip and wonderful to spend time with dear friends who I hope are going to return the favour in the not too distant future! 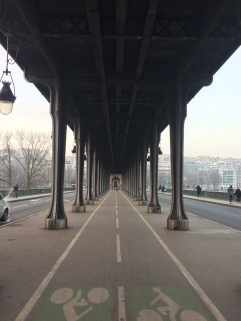 Much to the general incredulity of…everyone…I wasn’t interested in spending NYE in Paris. I did last year, and I had plans with friends down here for some kind of party. ‘Plans’ consisted of basically agreeing we would do something, and even the day of no-one really knew what was happening. With that in mind, the soirée was a raging success! Two of our flatmates were away, but Mathilde had four friends from out of town come and visit, and I had three along too. Nibbles and chat soon flowed into a happening dancefloor which withstood Mariah Carey’s Auld Lang Syne and continued pumping until 6am! After that everyone stayed over in the various spare beds/couches which was super cute. It was the perfect way to spend the evening and usher in the new year.

It seems like a distant memory now,  but it would be remiss of me not to acknowledge what was a significant event at the time: the Kaikoura earthquakes. My friend Grace wrote a wonderful blog that summed up exactly how I felt as a New Zealander far from home during this time.

Et voilà, that’s a wrap on 2016. As always, I shall endeavour to keep more up to date on the blog, but it’s a catch-22 really: the more interesting things I have to write about, the less free time I have to write about them. January at work is scheduled to be pretty light though, with three weeks sans class between semesters, so for this month at least I have no excuse. Watch this space!